Name:  Skaos
Founded:  1982
City: Krumbach
History:
The seven-member band was formed in 1982 in Krumbach. At first, the band only played cover versions of their British Ska heroes such as Madness and the Specials.
When SKAOS released their first record, the EP “Inside”, on the Munich label New Tone in 1987, none of the guys even dreamed of the fact that a year later a letter from Unicorn Records could come in from London stating the release of a SKAOS album was offered. Full of enthusiasm, ten songs were recorded and mixed in the Marilyn Studios in Munich in the summer of 1988, including a cover version of the theme song for the cult TV series “The Munsters”. Studio co-owner Peter La Bonté was responsible for the production of this album. This is no stranger to ska circles, he was the singer of the Munich ska band THE NIGHTHAWKS (1978-1982) and landed a NDW chart hit solo in 1982 as ZaZa with “Zauberstab”. In December 1988 SKAOS started their first tour of England, with an appearance at the first International Ska Festival in London. SKAOS met the unforgettable Prince Buster there and got to know some of their 2Tone idols personally (including Fatty Buster Bloodvessel). At that time, another German band was invited to England for shows: THE BRACES. They also released their first album on Unicorn Catch This Beat (1989) “Do the ska”, “Oh Sally”, “Straight to your heart”, “Better beware”, “Bonehead” – these songs are unforgettable catchy tunes for many ska fans from a highly productive phase of the band to this day. When SKAOS released their second long player in November 1989, it was just over a year since the first album. SKAOS entered into a musical partnership with the then newly founded Berlin label Pork Pie under the direction of Matthias “Matzge” Bröckel. He founded Pork Pie as a Ska subsidiary of the then established label Vielklang and (not without reason) chose SKAOS for its first release. This time was shaped by numerous gigs in West Berlin, which at that time was still in the middle of the GDR. It was incredibly exciting for the band to travel to Berlin via transit to studio recordings and gigs in Germany, which was still divided at the time, and to experience the local scene up close. Nobody in the band had experienced anything like that before. During this time, SKAOS were recognized internationally and was able to develop a respectable position in the international Ska scene. 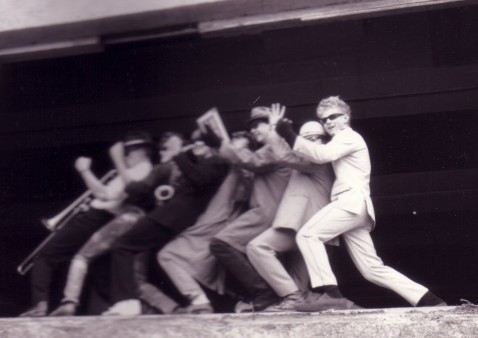 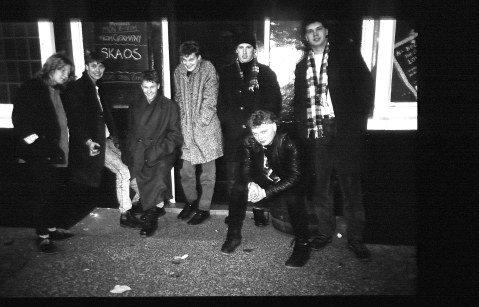